One might say that this part of Europe is a bit less popular. In fact, most people haven’t been properly introduced to this geographical area. Some might have heard about these places, but still haven’t seen them. However, most people who paid a visit to at least one city in this region, came back for more 😉 . Here are a few of the wonderful cities one can discover in the Ex Yugoslavian part of Europe:

This little jewel with the population of around 270 000 people is the capital and the largest city in Slovenia. The Ljubljanica river flows through the center of the city, past Baroque buildings and under the ancient castle on the hill. The vibe here is very comfortable and pleasant. The city is not huge so you can take your time strolling around and enjoying colorful buildings and charming parks. Check out Tromostovje (the Triple Bridge – three separate pitoresque bridges located one next to another), Zmajski most (the Dragon Bridge), the Ljubljana Castle and Prešeren Square. Ljubljana is especially nice during the summer when it hosts many musical events, street performances and a variety of workshops. 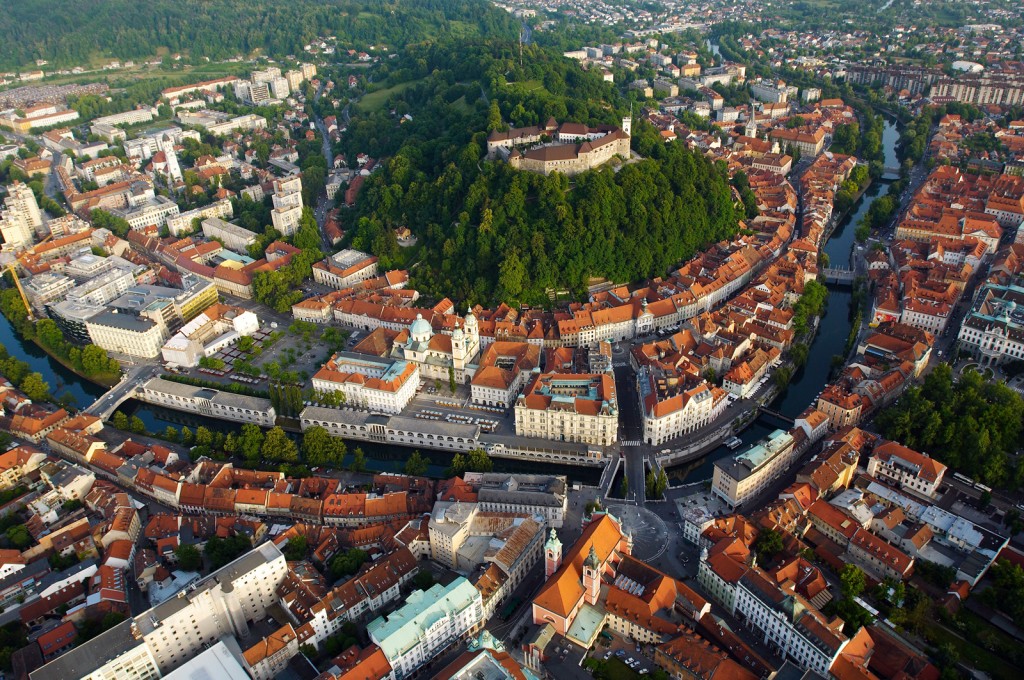 Croatia’s capital is located on the Sava river, beneath Medvednica mountain. This vibrant city of around 800 000 people is characterized by Austro-Hungarian architecture, a lot of parks and charming little streets, which is why it manages to attract tourists from all over the world. Give yourself the opportunity to fall in love with its historical Upper Town where you can see St. Mark’s Church, the Cathedral, the Old Town Gate (Kamenita vrata) or have a stroll through Strossmayer’s Promenade. In the colorful downtown  you can see the Flower Square (Cvjetni trg), the Croatian National Theatre, King Tomislav Square and Zrinjevac park.  Zagreb is known for the relaxing culture of sitting in cafés and tiny restaurants for hours. Renting a bike might be a good idea – you can cover most of the city sights by biking. 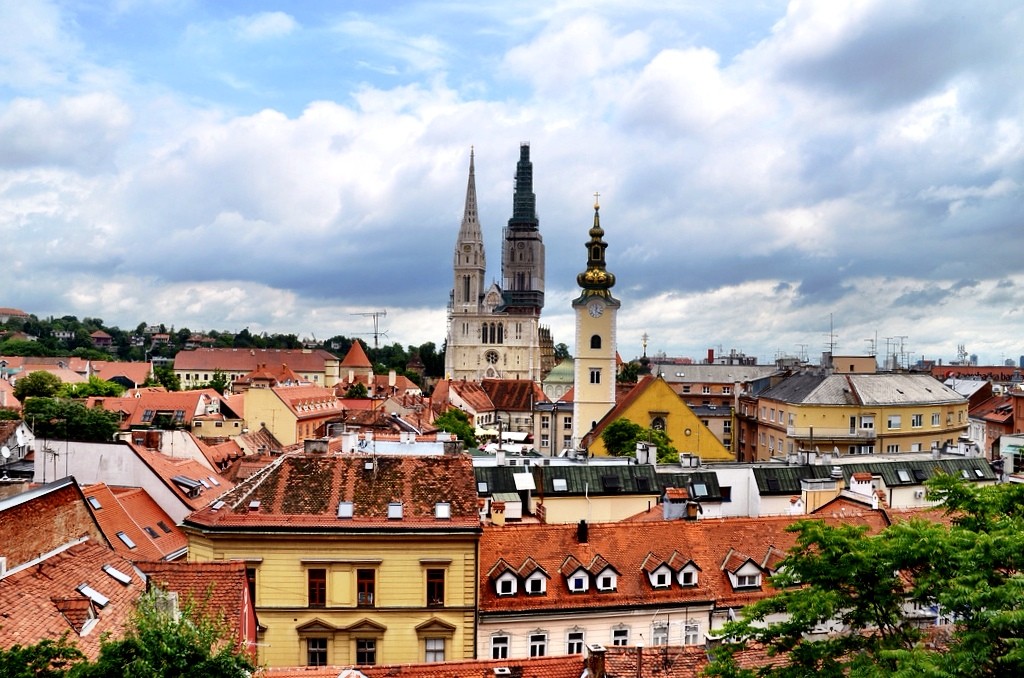 The capital and largest city of Serbia is located at the confluence of the Sava and Danube rivers. The city has a population of about 1.3 million people. The historical core of Belgrade lies on the banks of both rivers. Make sure to visit the Kalemegdan Fortress, the National Museum, the National Theatre and Kneza Mihailova Street. If you’re in for some history check out The House of Flowers (Josip Broz Tito’s mausoleum) or The White Palace (a formal royal residence of the Karađorđević dynasty). If you’re in for some recreation stop by Ada Ciganlija – a former island on the Sava river which is nowadays connected to its right bank, creating an artificial lake. The restaurant/bar/café culture is even more pronounced than in Croatia. In addition, Belgrade has a reputation for its amazing nightlife; many clubs with a variety of musical genres can be found easily so make sure to bring your dancing shoes. 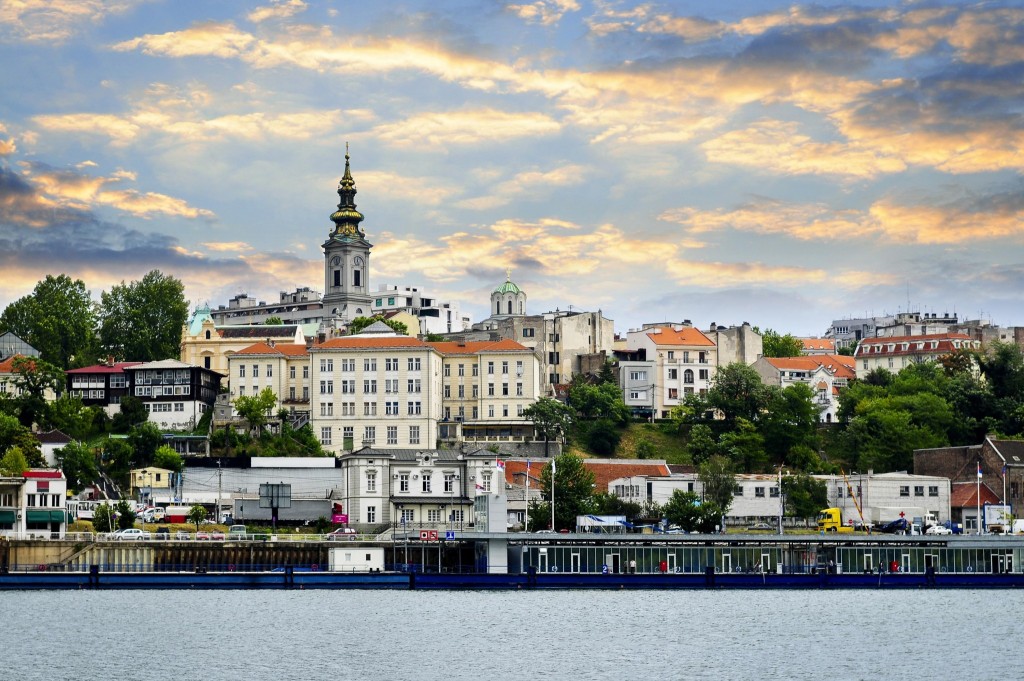 The capital and largest city of Bosnia and Herzegovina, with a population of about 370 000 people is often called the „Jerusalem of Europe“. It was, until late in the 20th century the only major European city to have a mosque, a Catholic church, an Orthodox church and a synagogue within the same neighborhood. This city is a great example of historical turbulance as well as an example of tolerance. It was where the Western and the Eastern Roman Empire split and where the Roman Catholics, the Eastern Orthodox and the southern Ottoman people had to coexist. Although not huge, Sarajevo is an extremely vivacious city, famous for diversity, very friendly people and excellent food. Make sure to visit the magical Old Town (in my humble opinion the nicest Old Town in the Balkans), the academy of Fine Arts, the Latin Bridge, the Yellow Fortress and the City Hall. And if you found the restaurant/bar/café culture pleasant in Croatia and Serbia, brace yourself for Bosnia and Herzegovina. You’ll taste the best coffee and have the best food here. Trying a local specialty called ćevapi (grilled minced meat that melts in your mouth like butter) is a must. 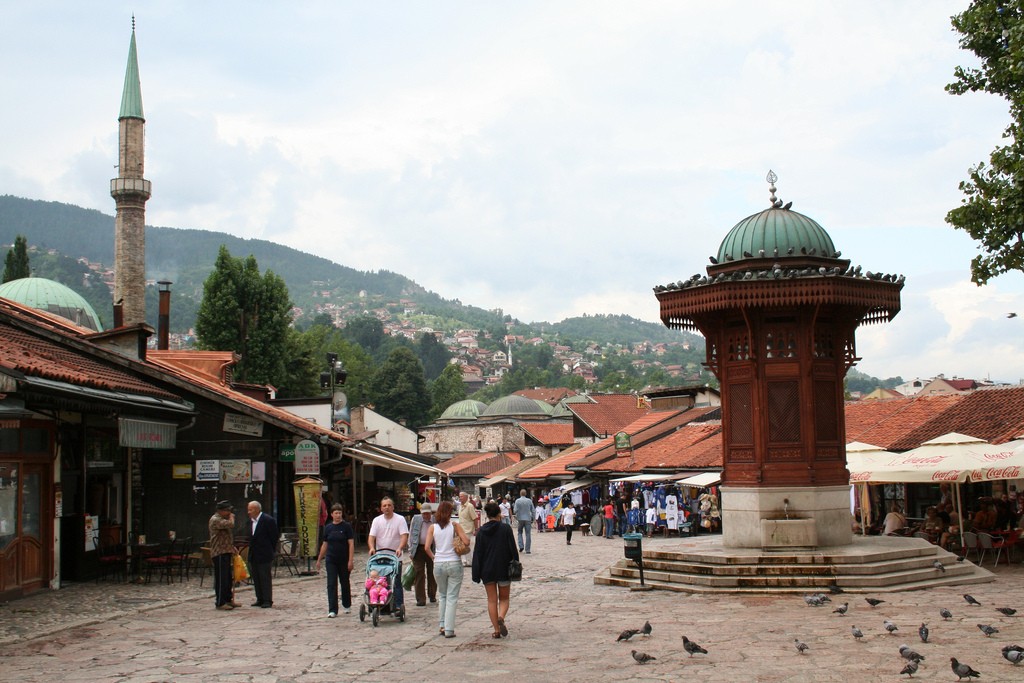 Novi Sad is the capital of Vojvodina, the northern Autonomous Province of Serbia. It is situated between Budapest and Belgrade and has a population of about 250 000 people. This treasured cultural center is most famous for the Petrovaradin Fortress, that no enemy has ever overtaken. What makes the fortress even more famous is the EXIT festival that has been taking place here since the year 2000, covering a variety of musical genres and making a huge number of people from all over the world dance their souls off. Make sure to check out the Old Town Hall on the main city square called Trg Slobode, the Cathedral Church of the Holy Great-Martyr George, the Church of Virgin’s name and Dunđerski dvorac – a wonderfully preserved castle situated to the north of the city. 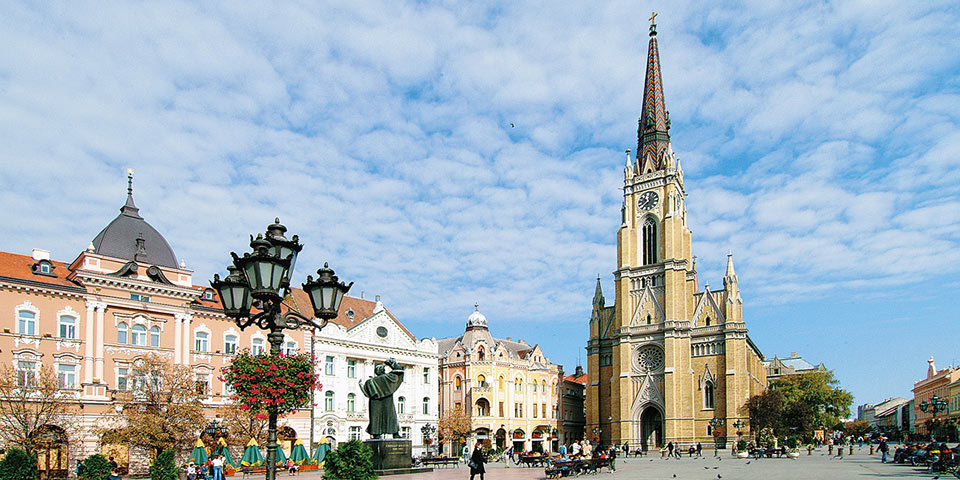 This city was the most heavily bombed of any Bosnian cities during the war and it suffered huge consequences. Mostar is most famous for its beautiful historic Ottoman style bridge that crosses the Neretva river in the historic center of the city. It was rebuilt after the war using some of its original pieces recovered from the river. A significant portion of the city has been rebuilt and now it’s a lively and beautiful destination once again. The Ottoman style architecture, the vivacious markets and friendly people make Mostar one of the nicest places to visit in the Balkans. Walk around the Old Town, don’t try to jump from the Old Bridge, check out Koski Mehmed Pasha Mosque and sit by the river to have some ćevapi and baklava (a very rich and sweet desert made of thin layers of pastry, nuts and honey). 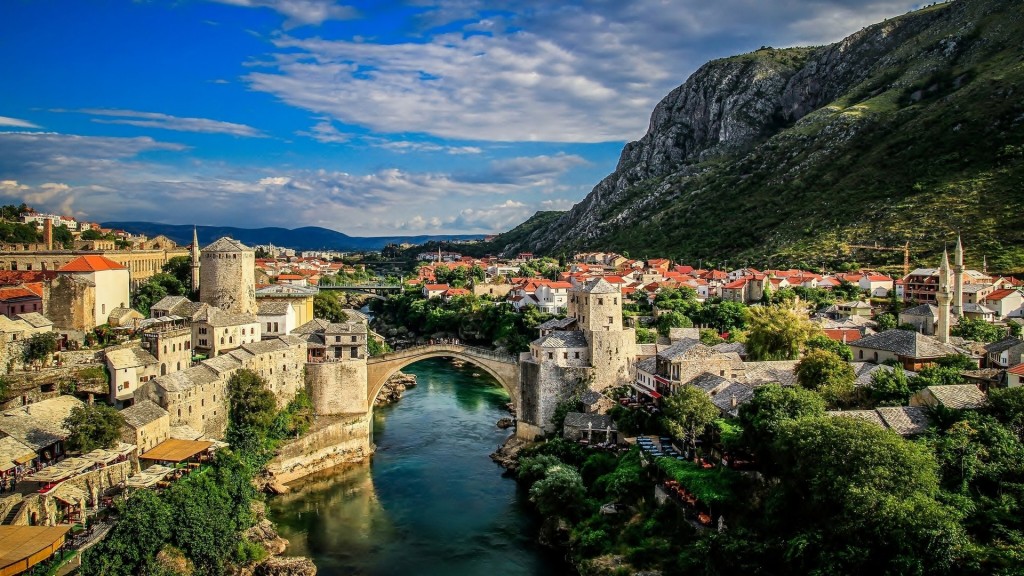 Located in the centre of the Montenegrian coast this Monte Carlo type destination developed around a small peninsula – on which the Old Town is sitauted. The vibrant nightlife, luxury resorts and numerous lovely beaches are the reason for mass tourism. Some might find that type of tourism off-putting (present company included), however, one should then focus on the truly charming Old Town, its wonderful citadel, its stone houses and dazzling little streets, its cafés, small bars and restaurants, and the beaches around the city. If you feel like dancing though make sure to visit Top Hill, the best club in Montenegro. 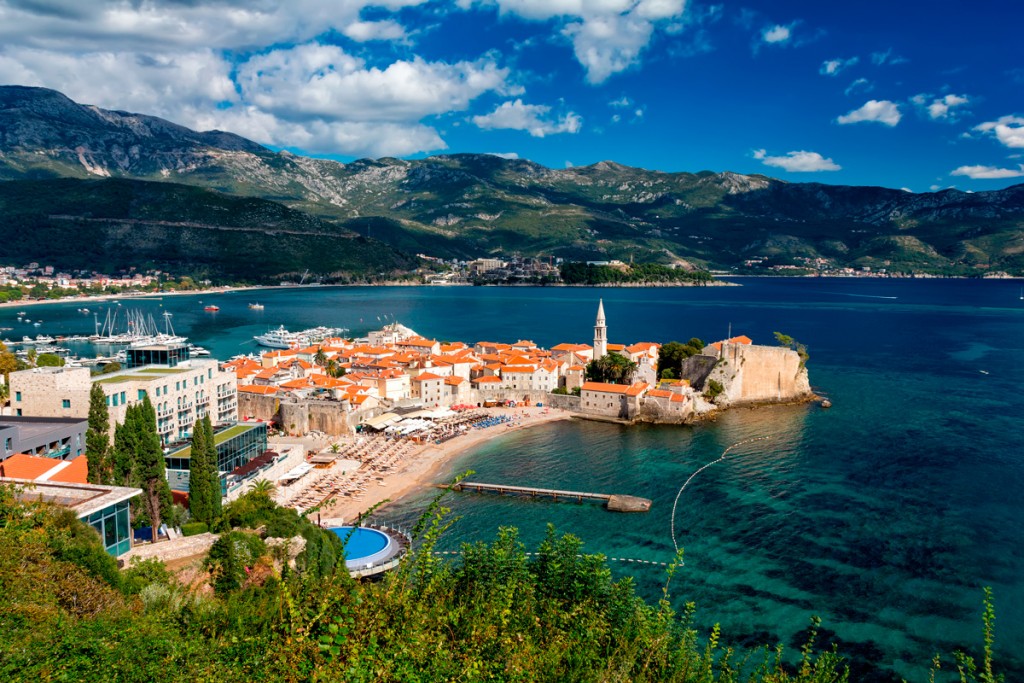 Ohrid is a city in southwestern Macedonia on the shore of Lake Ohrid. Due to its vast history it was made a UNESCO World Heritage Site. Located between the glorious mountains and a three million year old lake it’s not only a place of historic significance but also of natural beauty. Therefore, many people go there during the hot Macedonian summers for a vacation. Aside from relaxing at the lake or enjoying the nightlife, one can visit numerous ancient churches and monasteries which are definitely worth exploring. Check out St. Sophia’s Church and the small and picturesque St. John Kaneo Church. There is also a wonderful ancient fortress at the top of the city.

This UNESCO World Heritage Site and one of the most prominent tourist resorts is most known for its impressive Old Town, surrounded by massive stone walls from the 16th century. Even the makers of the Game of Thrones recognized its beauty, which is why the series is being filmed here. It is also known for its stunning architecture and sculptures, for extraordinary churches and museums, and for a vibrant atmosphere. Take a tour of the city walls, a walk in the Stradun (the principal street) and for the most incredible view – climb the Srđ mountain behind the walled city and feast your eyes out. 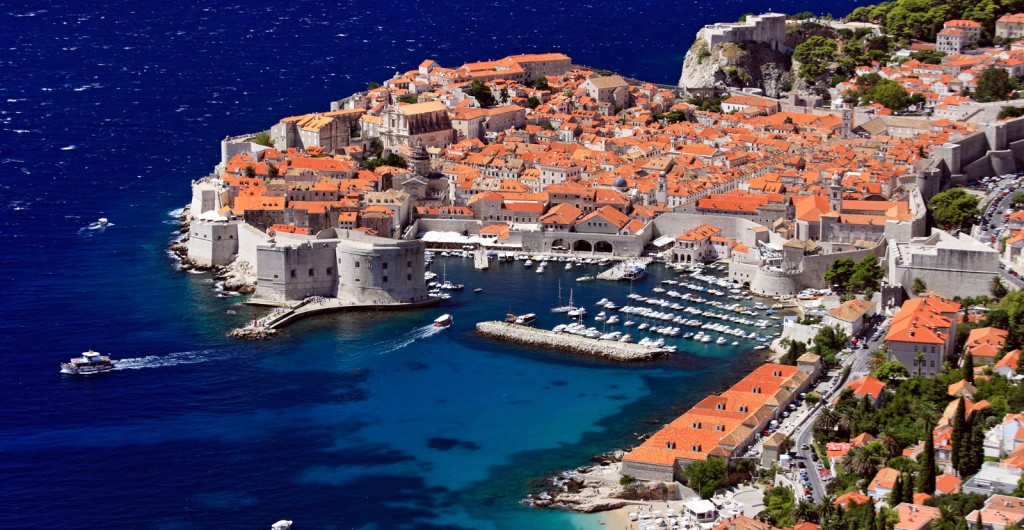 Kotor is a coastal town in Montenegro famous for its medieval structures and a breath-taking natural setting at the very edge of the Kotor Bay (a natural fjord like bay). The city has developed around the Old Town, which is a UNESCO World Heritage Site. What’s special about Kotor is the fact that it was built like a maze for protective purposes and it’s very easy to lose your way (even locals get lost sometimes). However, looking for landmarks, such as the lovely 12th century St. Tryphon Cathedral helps. Climbing up the upper walls and gazing the amazing view is definitely a must when visiting this lovely city. 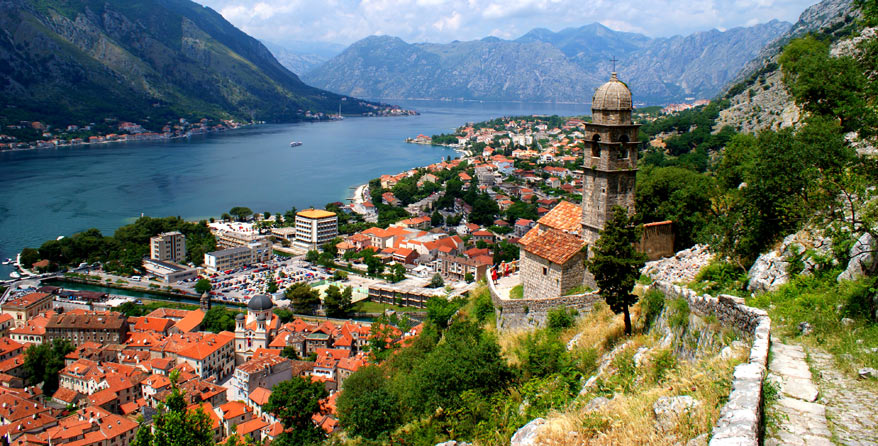 The Balkans… more than anything else it’s the peninsula of strong emotions. A geographical area where you can have the best and the worst…