The Balkan Peninsula is surrounded by the Adriatic, Ionian, Mediterranean, Aegean and the Black sea. It got its name after the Balkan mountains. This underrated European region is full of amazing geological structures and formations, national parks, lakes, protected areas and natural wonders that leave nature lovers from all over the world completely breathless. Although there are a lot of amazing places in each of the Balkan countries, here is a list of 10 Balkan nature must sees. Visit them and let them dazzle you.

This Sloveninan gem is situated 55 km northwest from the capital city Ljubljana. One of the most striking Alpine resorts charms with its enchanting blue-green lake, a little island with a 17th century church in the middle of it  and an impressive medieval castle overlooking the lake on the top of the hill.

You can swim, rent boats, watch rowing clubs practice, take a stroll or visit the castle and gaze on the beautiful and peaceful panorama.

In one of the most impressive European national parks 16 turquoise crystalline lakes tumble into each other via a series of waterfalls and cascades. The mineral-rich water carves the surrounding rocks, continually changing the parks formations.

Veliki Slap is the most famous sight in the national park. It is the tallest waterfall in Croatia reaching the height of 78 m. The national park situated in the deep woodland, covers a total area of 300 square km, whilst the lakes join together over a distance of eight kilometers. 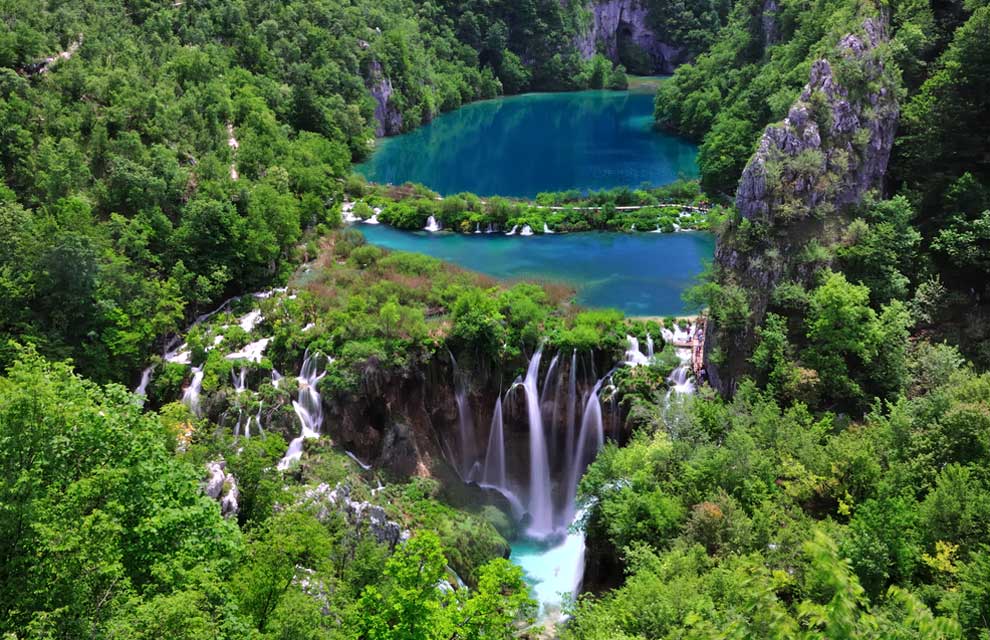 Vrelo Bune – the Buna river spring, lies 12 km south of Mostar. It is the strongest karst spring in Europe. The river flows west for approximately 9 km and joins the Neretva river near the village of Buna. The village-town of Blagaj lies at the spring of the Buna river and is famous for its Blagaj Tekke – a lovely 16th century monastery with elements of Ottoman architecture.

Vrelo Bune astonishes with its unique natural and historical features and is great to visit throughout the year due to pleasant climate. 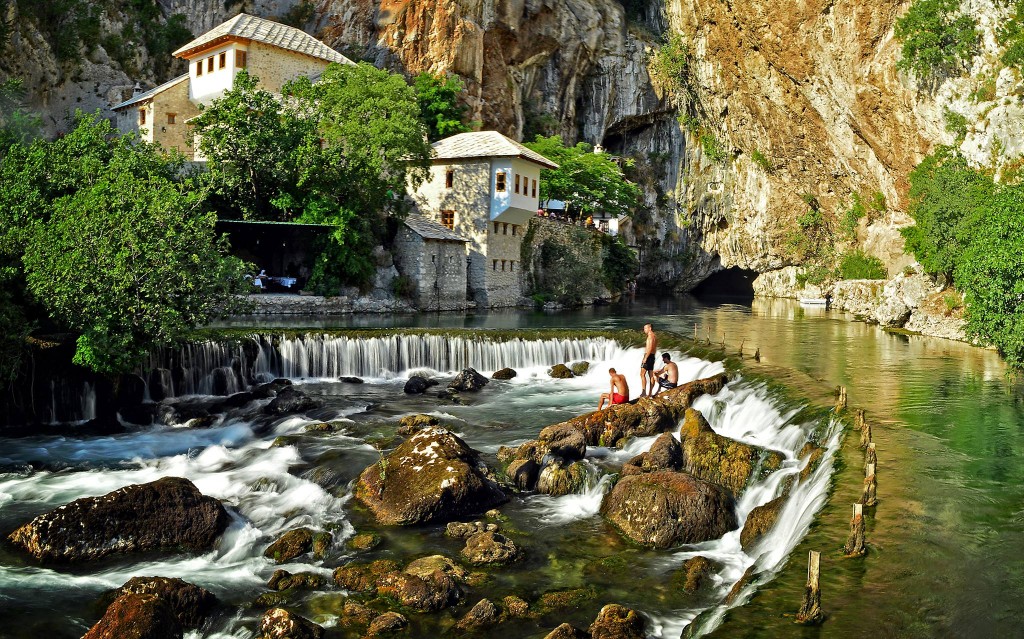 As a part of the National Park Lake Skadar, the village-town of Rijeka Crnojevića attracts everyone who visits the wonderful Montenegro. One of the most recognizable landscapes in this national park is Pavlova Strana (Paul’s side) – with the view of the winding river wriggling through the glorious mountains.

Renting a boat or a kayak might be a good idea as that’s the best way to gaze on the amazing scenery. 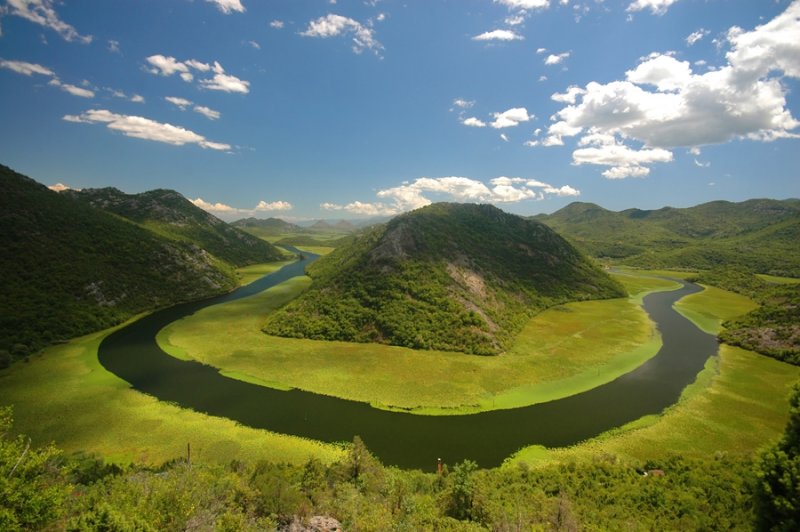 One of the most spectacular Albanian attractions is a 26 km long river gorge formed 2 million years ago by water erosion. It is situated in southern Albania, near the town of Çorovodë. The river Osum, which passes through the town of Berat, flows through the canyon. The gorge includes six narrow sections with many caves and underground passages throughout its length.

The best time to visit the gorge is during springtime when there are waterfalls created by the melting snow. There are also many interesting legends about Osum Gorge told by the locals. 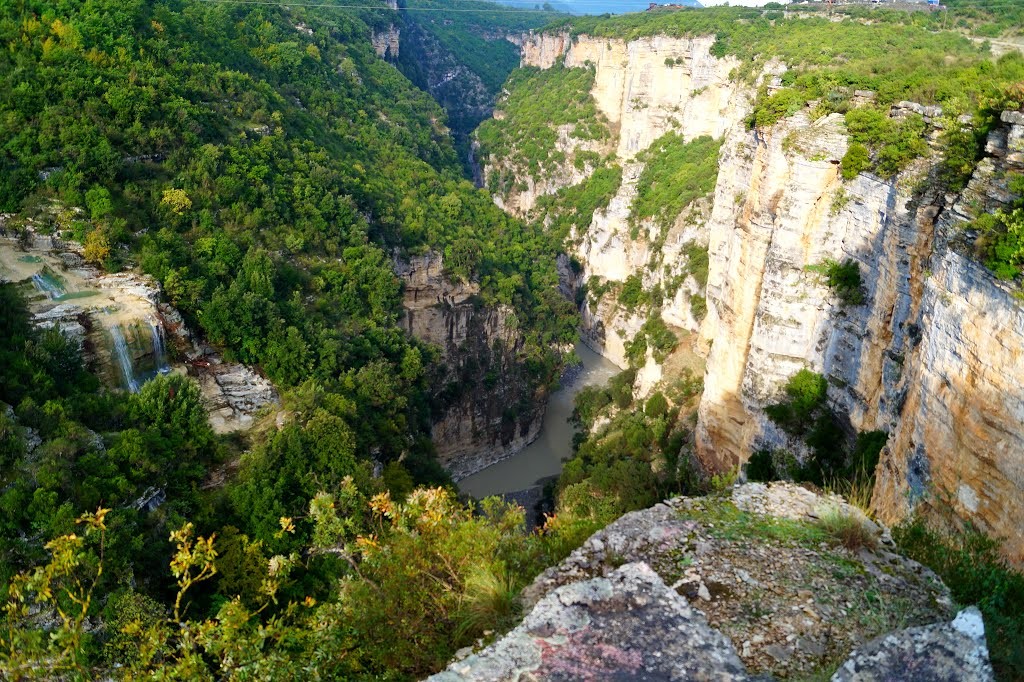 This 3 million year old lake lies between the towns of Ohrid and Struga in southwestern Macedonia, on the border with Albania. The 7th deepest lake in Europe is surrounded by glorious mountains which makes it even more beautiful. Most of the Ohrid lake water comes from numerous surface and underground springs, which is why it’s so special.

Many people go there during the hot Macedonian summers for a vacation. Aside from relaxing at the lake or enjoying the vibrant nightlife, one can visit numerous ancient churches and monasteries. 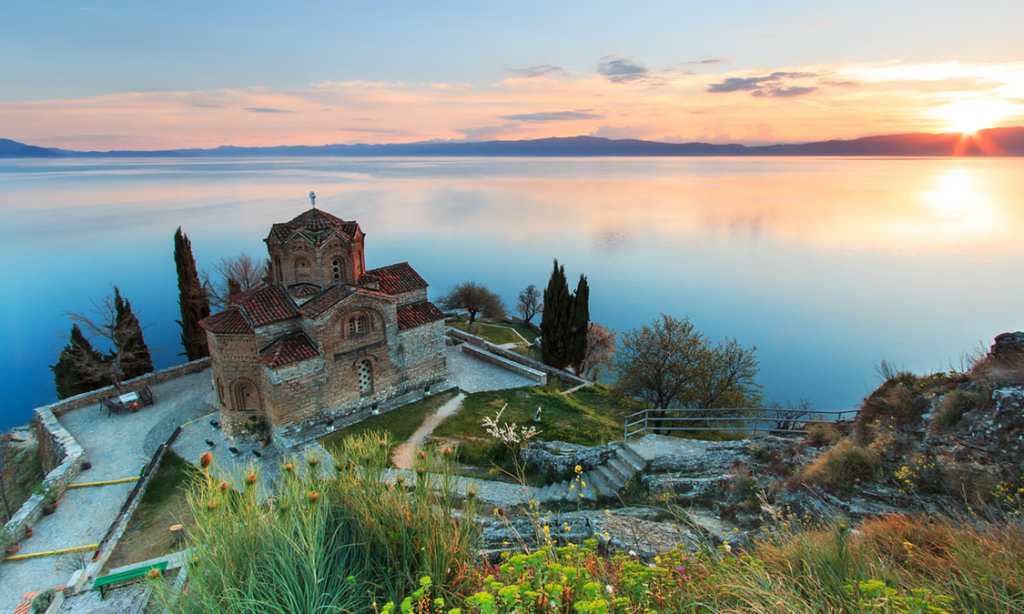 Astonishing monasteries built on the tops of natural sandstone rock pillars, in the Thessaly plain in central Greece make Meteora one of the most interesting natural and historical sites in Europe. Emerging about 25 million years ago, these solid rocks have been split by earthquakes and weathered by water and wind over a long period of time. The monasteries were built between the 14th and the 16th century and became Orthodox centers, producing many religious arts.

Meteora is listed as a UNESCO World Heritage site and declared a Natura 2000 Ecological Zone by the Greek Ministry of Environment. 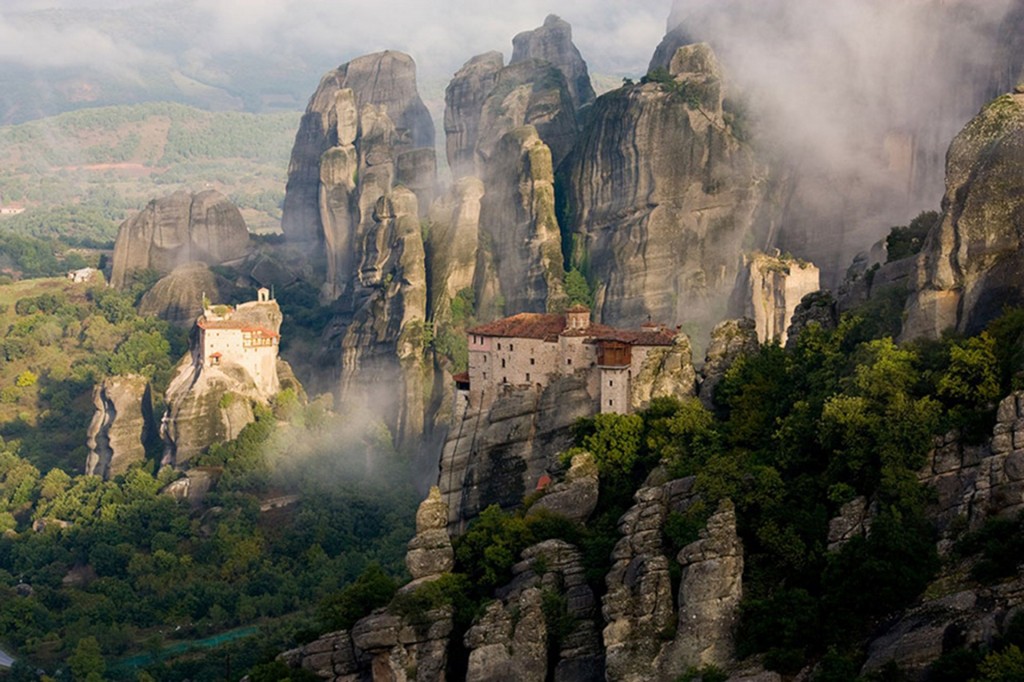 The most popular Bulgarian natural phenomenon is situated less than 3 hours northwest of Sofia, near the town of Belogradchik. Amazing cliffs shaped by weather conditions lie scattered in an area of 30 km and some reach an altitude of 200 m. There are five gorgeous eco-trails and a Roman fortification from which you can see the best views of these magnificent rocks.

Be careful though – climbing the rocks is prohibited for safety reasons. 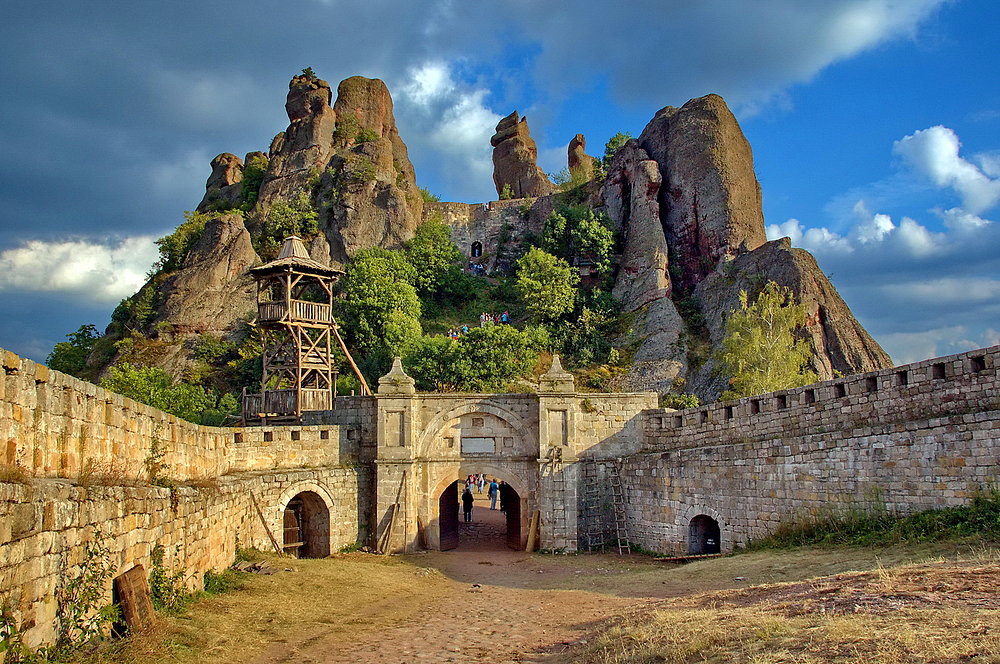 Retezat National Park is a collection of glaciers, lakes, valleys, peaks and caves that leaves everyone breathless. The oldest Romanian national park has mountain peaks higher than 2 000m and 80 glacial lakes. There are many wild animals in the park so you’ll have a chance to see roe deer, red deer, wild boars, and various bird species. 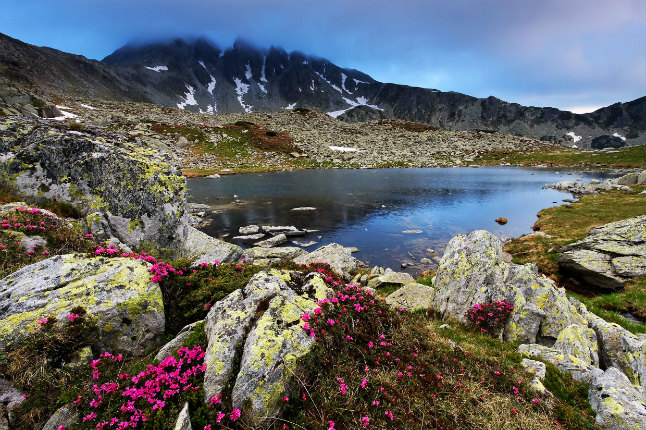 Đavolja Varoš a.k.a. “The Devil’s Town” is a true wonder of nature, located in southwestern Serbia. Over 200 stone pyramid-like formations created by erosion and two springs of extremely acid water with high mineral content appear totally unreal and create a mystical, yet quite picturesque atmosphere.

The hiking trail highlighted with the amazing scenery takes about 3 hours. 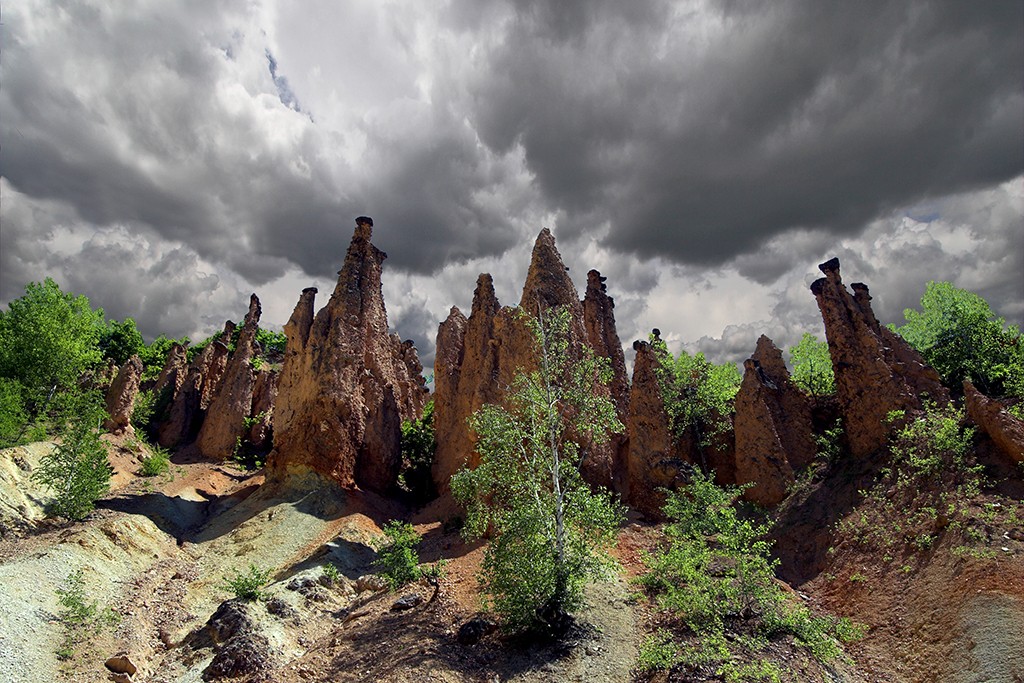 One might say that this part of Europe is a bit less popular. In fact, most people haven’t been properly introduced to this geographical…